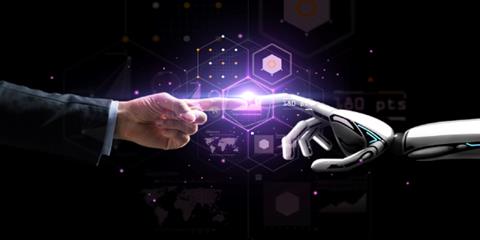 
Japanese and French scientists make a sixth finger. It is a robotic finger.

Robotic means that it is a machine. Scientists know that we move our body with the brain. They want to see what happens to the brain when something is new on the body.

Scientists attach the sixth finger to a hand. It is next to the smallest finger. A sensor checks how the muscles on the arm move. A special device then moves the sixth finger.
Scientists say that the sixth finger can be very useful. For example, it helps you to type or carry many things in one hand. In the future, people may wear it just like they wear glasses today.