Gegli news - Iran, Turkey is a worrying voice over US unilateral sanctions 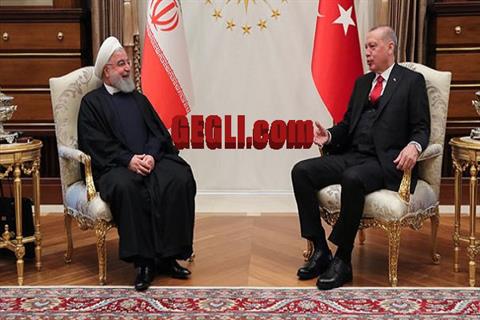 
President Rouhani and his Turkish counterpart, Erdoğan, issued a joint statement at the end of their High Council Summit for Strategic Cooperation, and expressed deep concerns about US unilateral sanctions.

According to the official website of the Iranian president, the Presidents of the Islamic Republic of Iran and the Republic of Turkey at the end of the fifth session of the Supreme Council of Strategic Cooperation of Iran and Turkey announced in a joint statement and insisted that they should take measures to increase the volume of trade between the two countries To achieve the $ 30 billion target.

President Hassan Rouhani and President Rezap Tayfi Erdogan have been deeply concerned about the withdrawal of the United States from the Joint Action Plan (JCPOA) and the reoccupation of unilateral and unfair sanctions in large parts of Iran, as well as the impact and effects of sanctions on civilian lives. And regional trade, prosperity and stability.

According to Sputnik, Turkish President Erdogan, since Rouhani's visit to Ankara, said Turkey will continue to work with Iran, adding that his country does not support the United States decision on sanctions against the Islamic Republic.