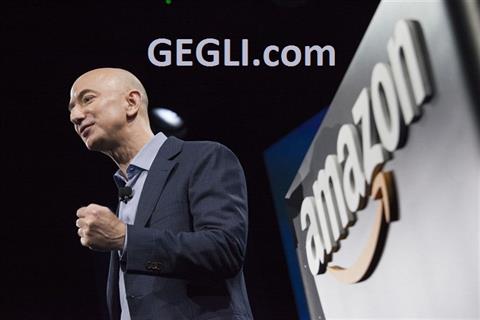 
However, Seattle's estimated revenue in the quarter was lower than Wall Street analysts.

Amazon was another strong holiday season.

The company's quarterly earnings for the first time amounted to $ 3 billion, while business revenue increased, including online shopping, advertising, and cloud computing.
However, Seattle's estimated revenue in the quarter was lower than Wall Street analysts.
The Amazon stock price rose 1.4% after hours after the announcement of revenue.
Amazon, which recently surpassed Microsoft as the most valuable US-based company in the United States, reported net income of $ 3.03 billion for the quarter ended in 2018. According to each share, its net income was $ 6.04, which is expected to be $ 5.55 per share of analysts, according to Zacks Investment Research.
The revenue rose 20 percent to $ 72.38 billion, $ 71.73 billion expected by analysts.
Amazon expects revenue of $ 56 million to $ 60 million in February at the end of April. Analysts expect revenue to be $ 61.19 billion
Amazon faces some issues outside of the United States. The company eliminated a series of products from its website in India late in the day to remove the new restrictions on foreign investment that came on February 1. These laws allow companies to sell products through vendors that they have stock interests.
Bryan Oleasuki, head of the Amazon financial services department, told reporters that the situation in India is "a little fluid," but it remains a good opportunity in the long run.
For years, investors have given Amazon a green light to sell their money to new efforts: warehouses and data centers around the world, a studio near Hollywood, research on artificial intelligence. Through this condition, Amazon has attracted people to online shopping and companies to drown their hardware for the cloud.
Although the company is still in the forefront, challenges have arisen, especially in markets outside the United States. Analysts also noted that during the three months of the holiday, sales growth has dropped in some European markets.