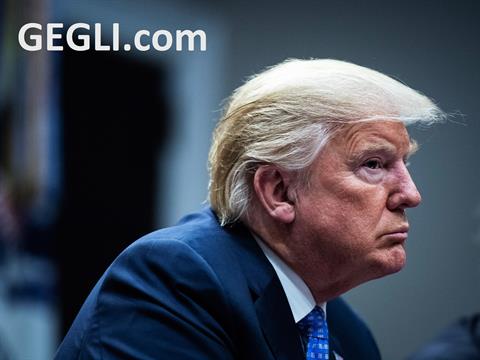 
Trump wrote: Republicans never did this to President Obama, there is no time to run the government.

President Donald Tamm has stepped up his complaint about the large number of investigations he faces on Thursday, and as such, the House's intelligence committee has no reason to open a new and widespread case for whether his decision to President's title due to financial increase.
So now Congressman Adam Schiff announces, after having found zero Russian Collusion, that he is going to be looking at every aspect of my life, both financial and personal, even though there is no reason to be doing so. Never happened before! Unlimited Presidential Harassment....
— Donald J. Trump February 7, 2019
The Dems and their committees are going “nuts.” The Republicans never did this to President Obama, there would be no time left to run government. I hear other committee heads will do the same thing. Even stealing people who work at White House! A continuation of Witch Hunt!
— Donald J. Trump February 7, 2019
Tamop earlier complained on Wednesday that Adam Shif, head of the House Information Office, had no basis for expanding his committee's research in Russia, calling the Democrat a "political hack".
Trump told reporters at a new probe: "It's just the persecution of the presidency, and it's sorry and really damaging our country. "
On Wednesday, Shifff announced that his committee will examine the link between the "Tramp" campaign and Russia to determine whether the decision on the presidential election is affected by financial gain.
Schiff said on Wednesday that he will launch a probe that goes beyond interference in the Russian election and any possible link between the Tramp campaign and the Russian authorities who are reviewing the president's business and finance.
"The president's actions and stances toward Russia during the election campaign, the transfer, and the government are only exacerbated by the fear of financial or other leverage over President Trump, and the need to determine whether he or those in his government Serving for foreign interests, Schiff said in a statement, adding that his new probe examines whether an external player is trying to compromise or have Maliki, financial, etc., more than Donald Trump, his family, his work, or Colleagues. "
The boss replied to Trump that he calls him a "political hack" that it is understandable that the congressional oversight of the "horror" of the president.
"Some of his close colleagues go to jail, others are waiting for a trial, and criminal investigations continue," he added. "We plan to do our work and not affect the threats and attacks," he said.
After Trop, in Nixon mode, after a draw and a return, he was attacked by ongoing research in his country during his speech in the European Union.
In this speech, he said: "If there is peace and law, war and research are not there."
"It just does not work that way!" He added.
Richard Nixon, the former president, called for an end to the Watergate case in his final statement on the union. He later resigned that year.
White House spokeswoman Nancy Pelosi told reporters Wednesday after meeting with Democrats that "Trump's opinion is a threat."
"The president should not bring a threat to the floor of the parliament," he said, "he said," he said he does not want to cooperate unless we take control of our constitution. "
Sen. Minority Chuck Schwerin said on Wednesday that this morning "this line shows that" the president is cowardly. "
"The bottom line is that we are a country," Schumer said. "We have always placed Congress under the supervision of the Executive Board." "This is what the founding fathers established."
Schummer compared Tramp's position on Congressional oversight to the recent termination of the public sector, the longest in US history.
"If the president examines you, the president says he will not make progress," he said. "Now doing what he did with shutdown and taking the American people hostage, he has nothing to conceal, because if he does not have something to hide, he only comb his shoulders, and this investigation will continue." He is afraid of them. "