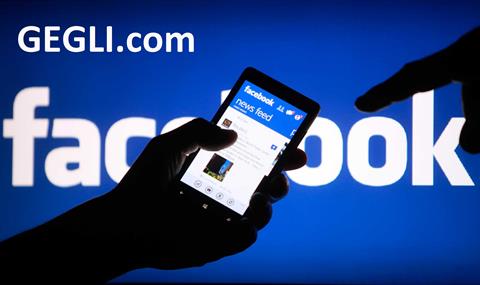 Facebook has ordered its data collection efforts in Germany condemned after an important ruling on Thursday that the largest social network in the world would abuse its market domination to collect information about users without their consent. Slowly
Germany, which is deeply concerned about privacy, is at the forefront of a global response to Facebook, which is under the influence of Camilla's Analytica scandal last year, in which tens of millions of Facebook profiles were taken without users consent. Has been.
The Cartel Office specifically discusses how Facebook includes personal data from third-party applications (including WhatsApp and Instagram) and online tracking of those people who even use Facebook's "like" or "share" buttons Not opposed.
"In the future, Facebook will no longer be allowed to compel its users to collect non-facebook information and assign non-Facebook accounts to their Facebook accounts," said Anders Mund, head of the Cartel office.
Facebook announces that the decision of the federal court of Cartel revises the evaluation of a three-year case and said that Anti-Competition supervisors have been competing for it, and have passed the privacy laws throughout Europe last year Implemented, weakened.
Facebook said in a blog post: "We are opposed to their conclusions and are intending to appeal so that people in Germany will continue to fully benefit from all our services."
On the agenda, the Cartel office has stated that only users may voluntarily agree to assign data from WhatsApp or Instagram to Facebook. It also requires satisfaction to collect data from third-party websites and assign it to Facebook.
If satisfied, Facebook will have to limit the collection and composition of the data considerably. The regulator should say that these offers must be completed within 12 months.
If Facebook can not be met, the Cartel can raise a fine of up to $ 55.8 billion to 10 percent of global corporate revenue, up 37 percent last year.
Katrina Joe welcomed the Minister of Justice of Germany. "Users are often unaware of this flow of data and can not stop them if they want to use the service," he told Reuters. "We need to be strict in dealing with the abuse of power that comes with data," he said.
The anti-trust controller's power expanded in 2017 to include protecting consumers in the public interest, while arguing that a company like Facebook had very little competition that consumers did not have any effective choices.
Based on the Cartel office, which closed the competing social network, Facebook has about 23 million active daily users in Germany, and markets 95% of it.
The next social media sites in Germany are Pinterest and Google YouTube.
Facebook said the cartel failed to recognize the level of competition with regard to users from YouTube and Twitter, and also said that the regulator is located in areas that should be guarded by data protection officers.
Thomas Wyng from Clifford Luck, Anti-Terrorist Lawyers in Brazil, said that these decisions have potentially wide-ranging implications. "It's limited to Germany, but it's credible to me, and it's trustworthy and can have a significant impact on the Facebook business model," he said.
"We are pursuing the work of the Bundeskartellamt both within the framework of the European Competition Network and through direct communication with us," the European Commission said.
European lawmakers have ensured that there are currently regulations that relate to this type of behavior, the General Information Protection Rule (GDPR).
As part of compliance with GDPR, Facebook has announced that it has restored the information that people have about privacy and control over their information and improved their privacy choices. According to him, it will soon begin to feature "Clear History".
Mundt The Cartel Office also expresses concern over reports that Facebook, which has 2.7 billion users worldwide, plans to integrate the Messenger, WhatsApp, and Instagram service infrastructure.
Facebook has said that talk about such a move is very early.