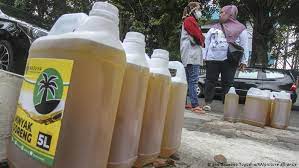 
Indonesia is the world’s top palm oil producer; it announced plans to ban exports of the most widely used vegetable oil.

Indonesia sells more than half of the global palm oil supply. Indonesia’s president Joko Widodo said that he wanted to ensure the availability of food products in his country, after global food inflation reached a record high. Global prices of crude palm oil reached a historic high this year due to rising demand and weak sales from producers.

Additionally, since 2018, Indonesia has stopped allowing new permits for palm oil plantation. Organizations are blamed for deforestation and destroying the habitats of endangered animals, such as orangutans.

Russia’s invasion of Ukraine could also raise the cost of packaged food globally, as Ukraine is a major crop grower. It could force governments to choose between vegetable oils in food or biofuel.