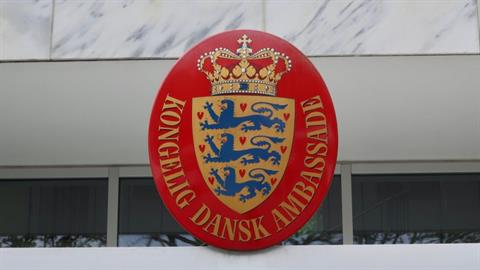 The foreign ministry informed DR News that four diplomats and three embassy employees are involved. Foreign Minister Jeppe Kofod said that a countermeasure to Russia’s actions is currently being considered. “We are coordinating this with our allies, who have suffered similar treatment from the Russians. We believe it is important to maintain dialogue with Russia and have open diplomatic relations, but this is serious,” he told DR News.

Copenhagen sees the move as a retaliation for the fact that Denmark, along with a large number of other EU countries, chose to expel Russian diplomats at the start of April. In Denmark, this applied to 15 diplomats who were believed to be spying in the country and were expelled exactly one month ago. According to Kofod, the Danish expulsion is in no way comparable to the Russian one. “Russia claims that they are doing this in response to our expulsion. But we expelled 15 intelligence officers here from Denmark.

They expel diplomats,” he said. According to Kofod, “This is yet another confirmation that Russia chooses confrontation every time and opts out of diplomacy and peace when these things are at stake.” The agency TASS reported that the Russian Foreign Ministry stressed that Russia reserves the right to take additional steps in response to Copenhagen’s “unfriendly actions,” which will be communicated to Denmark later.