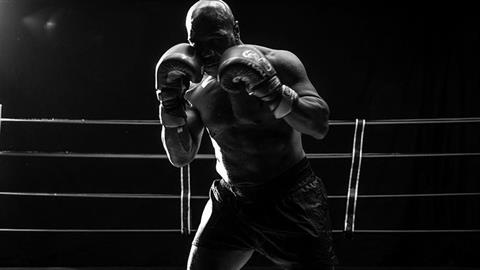 
After Canelo Álvarez lost to Dmitry Bivol Saturday night via unanimous decision, Mike Tyson decided to break down what he thinks went wrong for the 31-year-old.

Tyson, who attended the bout, believes Álvarez’s jab was the reason why he lost. The former world champion used a punching bag to break down the key flaw in his style of fighting. “I just think if Canelo was using his jab effectively, hard, the guy [Bivol] wouldn’t have come because the guy was coming in because he wasn’t worried about Canelo’s jab,” Tyson said. “So he got more aggressive and he got brave. If you’re not jabbing he [Álvarez] has no defense. If he’s not gonna jab, the guy is gonna walk right in on him like he did.

Tyson went on to demonstrate how Álvarez’s jab was “basic” with the punching bag and even at 55, the punches were thunderous. Then Tyson showed that Álvarez should have been moving more while throwing his jabs. “I believe if he used his jab, it would’ve been a different fight.”