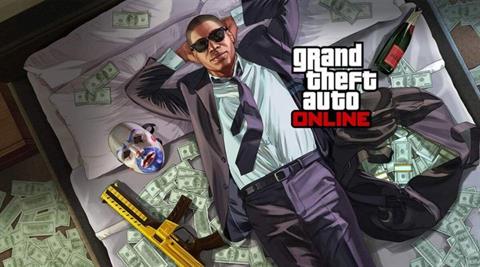 
GTA Batmen Are Abusing Their Power and Spawning GTA Jokers

It seems as though GTA Online has finally moved beyond parody. As we previously reported, many of the richest players still knocking about in Rockstar’s sandbox have begun to run out of wildly priced properties and gold-plated supercars to invest in, leading some to desire the ability to give away their cash to other players. Now it seems that one of the suggestions featured in the Reddit thread responding to that idea has become a reality and, unfortunately, it’s not a happy one.

In fact, according to DrSplootan, the lower-level player had started the fight by trying to blow up their car, something that the incredibly highly levelled anti-griefer refused to believe when they tried to explain things. They ended the post by saying of anti-griefers: “most of the time you have no idea what you are doing and just target people who you assume are the instigators”. The majority of the responses to the thread took aim at either low -evel players or the anti-griefers, accusing both of not being responsible enough for the consequences of their actions.

For example, user _cmasterhart_ recalled an instance of a low-level player picking a fight they couldn’t win, saying: “I was in a solo public lobby doing sales and some level 15 came and tried to shoot the Dodo that was still sitting at its spawn. A FIFTEEN!!!”

This prompted a response from user psyckus, who pointed out that many low-level players grief out of ignorance rather than spite, revealing: “I remember when I was a new player I griefed someone not knowing I was messing with other people's stuff. I destroyed a sales bike because I couldn't read the full message but it said something something destroy cargo for rp and money.”