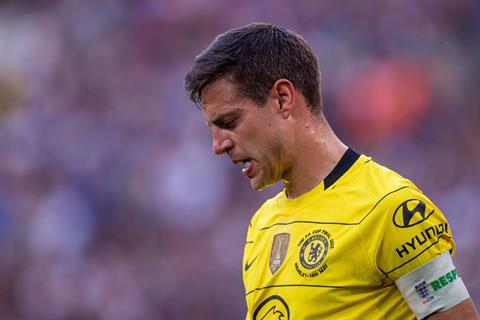 
It’s okay to not be okay

Players and coaches often look to forget and move on quickly from defeats. You must have short memories in that regard, as the old saying goes, which allows you to function as an athlete at the highest level. But I suppose it’s a bit different for a major cup final at the end of the season. There’s not much to look forward to, not much to distract with or focus on, so we can stew in our frustrations and disappointment. Chelsea captain César Azpilicueta, whose penalty miss in the shootout was part of the final margin of error victory, may not be able to forget this one too easily — especially as it may be essentially his final act as captain at the end of a legendary decade-long career at the club.

“It’s football. It’s hard to take but somehow you have to resolve the game and in the last two games on penalties we were not on the winning side. [We] are the first ones who are hurt. We want to do our best, we want to score the penalty, we want to make our fans happy. Unfortunately it didn’t happen and we have to put our heads up and go for the next one.”

“[The] level is higher and higher so the margins are shorter and every detail counts.

“Today we feel bad. We got two trophies this season, the Club World Cup and the Super Cup, which we have to appreciate as well. It was the first time winning the Club World Cup in the history of the club, the first Super Cup since many years ago. [...] Now we have two games, six points, to finish third, but today I see everything negative.”