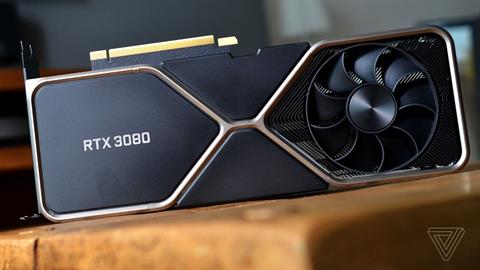 It’s interesting to see RTX 3000 graphics cards making some solid gains across the board, particularly the RTX 3080, which is, of course, not a cheap GPU by any means. That said, prices are coming down – as availability of the RTX 3080 and other Ampere GPUs becomes better – so given that, it’s not surprising to see the graphics card doing better in the Steam rankings. While a 0.24% increase for the month may not sound all that impressive, it’s the biggest upward mover as noted, and a marked increase compared to the slow growth the RTX 3080 has seen since the start of this year. In January, this graphics card was present in 1.11% of Steam PCs surveyed, and that had only risen to 1.27% as of April – meaning that the uptick for May is way bigger than the traction gained throughout all the previous months of 2022. We shouldn’t get too carried away with any one source of stats, naturally, as this is not necessarily representative of the entire PC market – but Valve’s figures do line up with what we’d expect to be happening given the increase in GPU stock of late, and downward pressure on pricing. There could be a spanner in the works for the onwards and upwards progress of RTX 3000 graphics cards, though, as Nvidia recently observed. Namely that while GeForce GPU supply is expected to remain strong in the near future, Nvidia is rumored to be about to reveal its next-gen RTX 4000 cards, and when those are shown off, it’ll likely mean that many gamers will hold fire on any potential purchase until these incoming Lovelace GPUs go on sale. And the RTX 4080 could potentially be on shelves as soon as September, or so we hear.