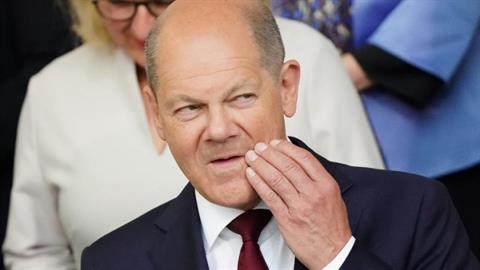 
“It doesn’t sound very statesmanlike to behave like an offended liver sausage,” the Ukrainian ambassador, Andriy Melnyk, said to Deutsche Presse-Agentur on Tuesday (3 May). “This is about the most brutal war of extermination since the Nazi invasion of Ukraine, it’s not kindergarten,” he added. In recent months, the Ukrainian ambassador in Berlin has become a controversial figure, as many political observers and German policymakers claim that he is meddling in German domestic affairs with his criticism of the government. In mid-April, Steinmeier planned to visit Kyiv alongside his Baltic and Polish counterparts to show his solidarity with the war-torn country. However, Ukraine refused to welcome the German president, quoting his close relations with the Kremlin as the reason for his dis-invitation. According to Scholz, the move stands in the way of his visit to Ukraine. “You can’t do that. It can’t work that from a country that provides so much military assistance, so much financial assistance that is needed when it comes to the security guarantees that are important for Ukraine’s time in the future, that you then say, but the president can’t come,” Scholz told ZDF. German opposition leader Friedrich Merz of the conservative CDU announced yesterday that he would travel to Ukraine’s capital. While the governing SPD criticised the move as a PR stunt, Merz justified his visit with Scholz’s hesitancy. “There is no reason, in my view, to wait anywhere now for a member of the federal government to plan a trip,” he said. Later that night, German Foreign Minister Annalena Baerbock, who had already visited Ukraine before the onset of the war, also announced plans to visit the war-torn country. In April, three key MPs of the Greens, the liberal FDP and the Social Democrats, who are acting as committee chairpersons in the Bundestag, travelled to Ukraine to understand the situation. After their return, they called on the government to push for oil sanctions and deliver heavy weaponry to Ukraine, which was still considered taboo at the time. Scholz reacted fiercely, referring to the three MPs as “boys and girls.” “To some of these boys and girls, I have to say: Because I don’t do what you want, that’s why I lead,” he told rbb in mid-April.