Gegli news - 2 dead, at least 11 injured children shooting near the Christmas market in Strasbourg of France 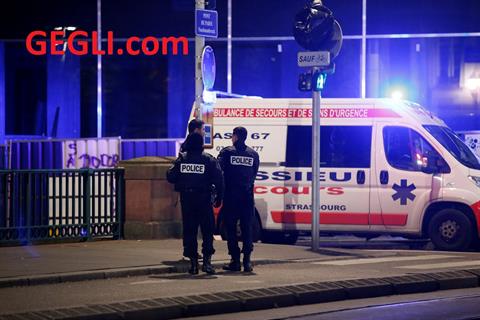 
Authorities said the search for this suspect, which is on the Watch List, is underway

Two people were killed and at least 11 injured on Tuesday in Strasbourg, a policeman looking for a suspect on the terror list.

The shooting took place around 8am near a Christmas market on the French-German border in Strasbourg, which attracts millions of tourists every year.
At 10:30 pm local time, the suspect was still growing, and the residents of the area were asked to stay indoors.
Of the 11 wounded in the incident, officials said seven injured and injured four, officials said.
Paris prosecutor told GEGLI News that a French counterterrorism unit has begun investigating the incident.
Danish politician and member of the European Parliament Morten Leekkegor, who is one of his three places in Strasbourg, told euronews that he was in the House building.
"The entire parliament is locked up while the police are investigating the case, so I think we spend a couple of hours here," Lökkegaard said. "These days, hundreds are still working in parliament."
Axel Schouteten, director of McDonald's at Kieber, said he is inside a restaurant with about 80 people, including families and children.
"I was behind the restaurant when I heard that the guns were firing, I thought the sound was an automatic weapon, a great movement of the crowd, and a few minutes later, I saw closed doors and saw three bodies," he added. He added that he did not know if the people who had seen had died or were alive.