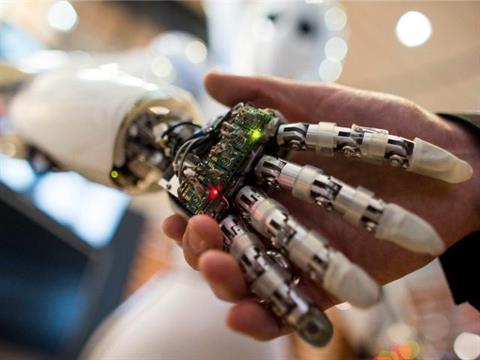 
According to a recent report, orders for automated technology and robots have increased by 40 percent in the first quarter of 2022 as businesses seek solutions to ongoing labor shortages. One MIT professor warned: “Automation, if it goes very fast, can destroy a lot of jobs. The labor shortage is not going to last. This is temporary.”

A recent report from the Wall Street Journal claims that employers across the United States have begun attempting to fill labor gaps with the help of automated technology and robots. Robot orders have reportedly increased by 40 percent in the first quarter of 2022 after an overall increase of 21 percent in 2021, according to data from the Association for Advanced Automation.

The automation industry is now valued at $1.6 billion following the surge in demand. In November, Ametek Inc. CEO David A. Zapico told Bloomberg: “People want to remove labor,” adding that his automatic equipment company has been “firing on all cylinders” in recent months to fulfill demand. U.S. job openings reached a record high of 11.5 million in March, and many experts predict that the labor crisis may continue for several years. Shortages have already had major impacts on industries such as air travel and retail. Many, however, are successfully turning to machines to assist in a number of jobs. Michael Cicco, chief executive officer of industrial robot provider Fanuc America, stated: “The robots are becoming easier to use, companies used to think that automation was too hard or too expensive to implement.” But many worry that the growing rise in automation may result in displaced human workers in the coming years. Daron Acemoglu, an economics professor at MIT, stated: “Automation, if it goes very fast, can destroy a lot of jobs. The labor shortage is not going to last. This is temporary.”