Gegli news - Son, grandsons find human bones in the New York basement because their fathers have been missing for decades. 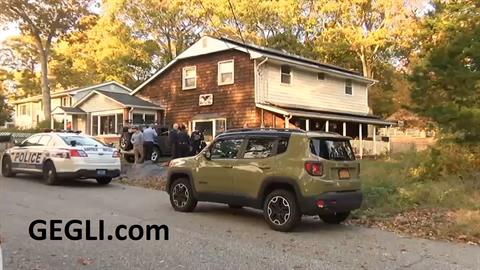 Gegli news - Son, grandsons find human bones in the New York basement because their fathers have been missing for decades. - پنجشنبه 22 آذر 1397 6:27:23 PM


Officials said on Wednesday that human bones discovered in New York's basement were identified as being people missing for about six decades. His death has now been examined as a massacre.

Police say his son George Carl and his two grandchildren discovered their remnants October 30 while digging the basement at Lake Grove, New York.
Officials said the results of this week's experiment confirmed that George Carroll had left and found that his skull had failed with a severe blow, which may have occurred after death.
Carole's son, Michael, 57, is the current owner of the property that his parents, Dorothy Carroll, who died in 1998, belonged to his parents. In the family, there was a lot of rumors that George Carroll was buried in the basement, police pointing to members of the Carroll family, said:
Officials said Carol, a Korean war soldier, was lost in 1961. Dorothy Carroll never responded to her four children, who did not respond properly to what his father had given him before his death, police said.
The Savicult County Police announced that no one has registered James Carroll's report on missing people.
Michael Carroll and two of his mature children are under suspicion that their remains may be found.